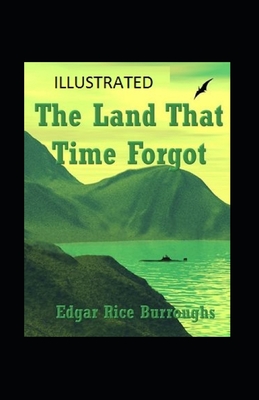 
Backordered - ETA Unknown
This book cannot be returned, cancelled, or exchanged. Please call for availability and pricing
The Land That Time Forgot is a fantasy novel by American writer Edgar Rice Burroughs, the first of his Caspak trilogy. His working title for the story was "The Lost U-Boat." The sequence was first published in Blue Book Magazine as a three-part serial in the issues for September, October and November 1918. The complete trilogy was later combined for publication in book form under the title of the first part by A. C. McClurg in June 1924. Beginning with the Ace Books editions of the 1960s, the three segments have usually been issued as separate short novels.