Daughter of the Wind God (Hardcover) 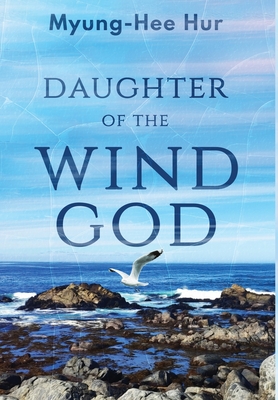 Daughter of the Wind God (Hardcover)

Daughter of the Wind God is a coming-of-age story of survival and ultimate triumph in the face of adversity. Myung-Hee Hur was born on Jeju Island, in the southern-most part of South Korea, at the end of the Korean War. Her family was plunged into poverty when a typhoon destroyed her father's businesses. Her mother put her in the care of her 19-year-old sister, and sent them off on their own. She did not see her mother again until she was 11 or 12.

Her story is also a spiritual odyssey. Although she was raised as a devout Christian, she found that her church's narrow views of Christianity did not address her passion to serve the poor. She joined an American non-profit service organization and worked in community development projects in rural Korea and Japan, in a jungle village in Venezuela, in Canada, the US, and Hong Kong. After getting married, she started her own business in Hong Kong. As she writes, "I was a horse girl without much sense of direction, a less than ordinary girl with a lot of rough edges. It took the world to tame me, and the world succeeded, somewhat. This is the story of an island girl who learned to ride the wind."

Myung-Hee Hur was born on Jeju Island, in the southern-most part of South Korea, at the end of the Korean War. She was the second youngest of eight children. She has worked in community development projects in Asia, North America, and South America, and started her own business in Hong Kong. She and her husband now live in the United States. They have one grown son.