Country Bookshelf is thrilled to welcome author David Treuer, who will discuss and sign The Heartbeat of Wounded Knee: Native America from 1890 to Present, Tuesday, March 12th at 6pm. Read on for more information about the event, the author, and their new book! 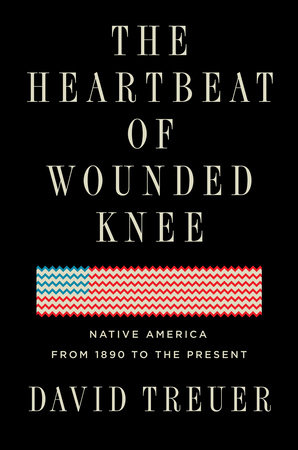 More about Heartbeat of Wounded Knee

Almost from the moment it occurred, the 1890 massacre at Wounded Knee Creek on the Pine Ridge Reservation in South Dakota was cast in the popular imagination as a point of no return, at which not only did hundreds of Lakota men, women and children perish but so, in a sense, did Native American life itself. The romantic idea of a once-noble race doomed to oblivion crystallized into gospel over the decades, and was further cemented by Dee Brown’s bestselling 1970 bestseller, Bury My Heart at Wounded Knee. Now David Treuer—the critically acclaimed writer, anthropologist, and journalist, himself Ojibwe from Leech Lake Reservation in northern Minnesota—brings to that mythology its long-overdue reckoning. THE HEARTBEAT AT WOUNDED KNEE  —is a landmark, a powerfully illuminating counternarrative that dispels the misconceptions of Indian history as unmitigated tragedy. Treuer traces the rich, resilient and multi-dimensional story that Native people have been living over the past century, and adds new chapters to the story of American Indian creativity and resilience in our modern times.  Wounded Knee was indisputably a devastating low point—but seen clearly, it is only one of many challenges to which Indian people have risen tirelessly and with ingenuity since first contact. This book makes visible their accomplishments, and the full scope of their largely unrecognized lives.

Timely and engaging, Treuer brings the deep past into contact with the evolving present. Expertly combining detailed history with compelling on-the-ground reporting, David Treuer follows tribes’ first contact with European settlers and brilliantly analyzes the subsequent disruptions to tribal ways of life: the seizure of land, the relocation to reservations, the sundering of family ties as children were forced into boarding schools, the migration to urban areas, and more.  Treuer acknowledges the violence and treachery with which these changes were imposed, as well as the poverty and disenfranchisement that resulted, but he also explores the creativity and ingenuity with which Native people responded to each new loss and hardship—the emergence of a unifying Native identity, the formation of intertribal social networks, the codifying of new political structures, and the expansion of Native-generated industry and wealth, to name only some of the channels that developed.

In the conclusion of THE HEARTBEAT AT WOUNDED KNEE, David Treuer writes:

I cannot shake the belief that the ways in which we tell the story of our reality shapes that reality . . . And I worry that if we tell the story of the past as a tragedy we consign ourselves to a tragic future. . . As much as our past was shaped by the whims and violence of an evolving America, America, in turn, has been shaped by us.

With this momentous publication, Treuer is not only giving Native America a new and much more true story about itself and reality in which to live; he is giving all readers a deeper sense of American history, and the reality we coinhabit. 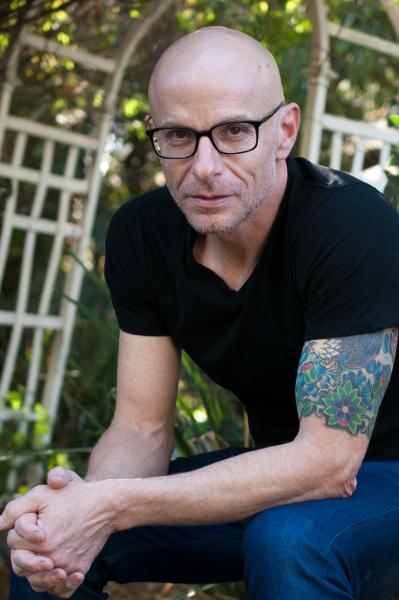 David Treuer infuses this thoroughly researched history with the moving intimacy of his own experience growing up “on the rez,” as the son of an Ojibwe Indian mother who succeeded against all odds and returned to serve her people, and a Holocaust survivor father who recognized the unsung heroism of Native experience more keenly than did most American-born white people. Treuer left the reservation to attend Princeton, where he worked with Toni Morrison and Paul Muldoon, among others.  He went on to earn a Ph.D. in anthropology and to publish an essay collection, a full-length nonfiction book about reservation life, and four novels, in the process winning a Pushcart Prize, two Minnesota Book Awards, and a Guggenheim fellowship, among many other accolades. Yet his affinity for the reservation where he’d grown up intensified over time, as he delved into the history of his and other tribal people and began to appreciate the profound beauty and complexity of his heritage. These days, Treuer returns with his children to Leech Lake for months of each year and remains intimately connected to the community there. Its presence—and the presence of enduring Native life all across America—is felt in the vivid characters and intensely personal and passionate stories that bring an intimate, humanizing scale to this ambitious, wide-ranging, game-changing history.

David Treuer is Ojibwe from the Leech Lake Reservation in northern Minnesota. The author of four previous novels, most recently Prudence, and two books of nonfiction, he has also written for The New York Times, Los Angeles Times, Esquire, Slate, and The Washington Post, among others. He has a Ph.D. in anthropology and teaches literature and creative writing at the University of Southern California.

This event is free and open to the public. To join the signing line and have books signed by the author at this event, please consider purchasing your copy of The Heartbeat of Wounded Knee from Country Bookshelf, either in-store, over the phone, or online (scroll down). By purchasing your book from Country Bookshelf, you are not only supporting a locally owned, independent business, but you are also showing publishers that they should continue sending authors to Country Bookshelf. The author's previous titles will be available for purchase at the event as supplies last.

The Heartbeat of Wounded Knee: Native America from 1890 to the Present (Hardcover)