We are delighted to welcome Ed Marohn to share his new thriller, Legacy of War. A new patient triggers Psychologist John Moore's traumatic memories of his last days of the Vietnam War. Moore is forced to return to modern-day Vietnam, a journey confronting his past war demons: the dying on the killing fields, a rogue CIA agent, corrupt South Vietnamese Army officers, the father he never knew, and the war's perverted killing machine--the Phoenix Program. In the decaying jungles he fights his anguish compounded by his wife's death and his growing attraction to a national police agent. 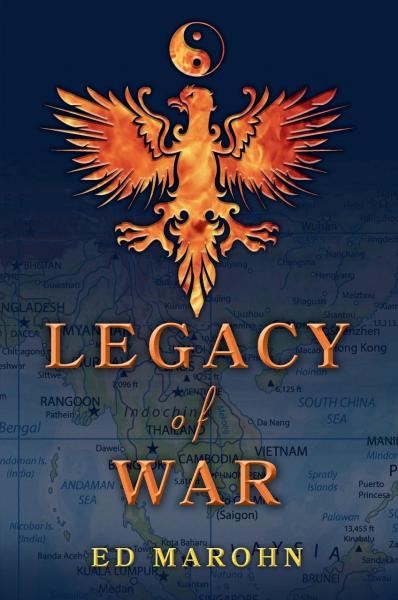 More about Legacy of War

A PTSD patient triggers Psychologist John Moore’s traumatic memories of the Vietnam War. Moore returns to modern-day Vietnam, confronting his past war demons: the killing fields, corrupt South Vietnamese Army officers, and the CIA’s Phoenix Program. Again in the decaying jungles he fights his anguish compounded by his wife’s death. 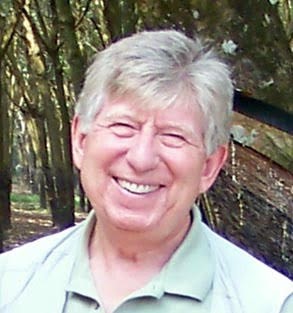 Ed Marohn was an executive with Continental AG and Michelin Tire Corporation, both International Fortune 500 companies, for 30 years. Prior to his corporate career, he was a captain in the US Army (Airborne and Ranger trained) and served with the 25th Infantry Division and the 101st Airborne (Airmobile) Division in the Vietnam War, where he  commanded a combat unit of 110 men. He was awarded three Bronze Stars, one Air Medal, two Army Commendation Medals, one US Army Vietnam Campaign Medal with two campaigns, the South Vietnamese Campaign Medal, and the Vietnamese Cross of Gallantry with Palm. His other military tours included Germany, Washington, DC, Fort Sill, OK, Fort Benning, GA, and The Netherlands as NATO Liaison to the Dutch Army (Dutch language trained by the US State Department). He was also assigned as ROTC cadre and  Assistant Professor of Military History at the University of Nevada, Reno.

He retired from the corporate world and settled in Idaho Falls after 40 years away from the state. He became a Department of Veterans Administration volunteer PTSD group facilitator for eight years  for military veterans in eastern Idaho, selected by the VA based on his combat experience. He became a Board Member, then eventually Vice Chairman, of the Idaho Humanities Council (National Endowment for the Humanities). Concurrently he served as  Board Member of the Idaho Falls City Club and was elected to a four year term to the Idaho Falls City Council. He was a Local Columnist for the Idaho Falls Post Register and his fiction and non-fiction are published in multiple magazines. He is also a member of the VFW and the VVA.

With his wife Cathie he has travelled to Kenya, Tanzania, Zanzibar, Panama,  Mexico, Germany, Austria, and Hungary to list a few . His return journey to Vietnam in 2009, 40 years after the war, sowed the seeds for his novel, Legacy of War, released on July 1, 2019.

He is currently writing a sequel novel based on the main character John Moore.

This event is free and open to the public. Most of our events are held upstairs, but we do not have an elevator. Please contact us with any accessibility concerns. To join the signing line and have books signed by the author at this event, please consider purchasing your copy of Legacy of War from Country Bookshelf, either in-store, over the phone, or online. By purchasing your book from Country Bookshelf, you are not only supporting a locally owned, independent business, but you are also showing publishers that they should continue sending authors to Country Bookshelf. The author's previous titles will be available for purchase at the event as supplies last.