Hailed by the New York Times as “the father of American conservation,” George Bird Grinnell (1849–1938), the Brooklyn-born son of a banker, looked beyond a burgeoning cityscape and saw a brighter future for the whole country. In Grinnell, John Taliaferro traces the naturalist’s expansive trajectory from his time at Yale through his dozens of expeditions out west, riding alongside General Custer in the Black Hills before Little Bighorn, to the adventures that continued even after he became editor-in-chief of Forest & Stream. Drawing on no less than 40,000 pages of Grinnell’s correspondence and dozens of travel notebooks, Taliaferro highlights a century of critical campaigns, from the protection of the vanishing buffalo and the creation of national parks that defined Theodore Roosevelt’s administration to sensitive ethnographies of Plains Indian tribes and the founding of the Audubon Society and the Boone and Crockett Club. The result is an enthralling portrait of a man whose influence still guides the imperiled future of our national treasures. 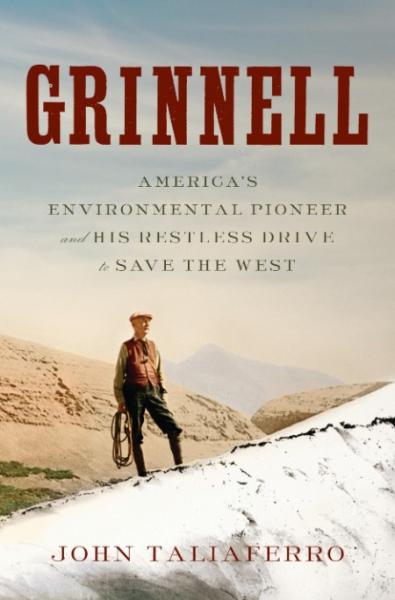 Grinnell was born in Brooklyn in 1849 and grew up on the estate of ornithologist John James Audubon. Upon graduation from Yale, he dug for dinosaurs on the Great Plains with eminent paleontologist Othniel C. Marsh--an expedition that fanned his romantic notion of wilderness and taught him a graphic lesson in evolution and extinction. Soon he joined George A. Custer in the Black Hills, helped to map Yellowstone, and scaled the peaks and glaciers that, through his labors, would become Glacier National Park. Along the way, he became one of America's most respected ethnologists; seasons spent among the Plains Indians produced numerous articles and books, including his tour de force, The Cheyenne Indians: Their History and Ways of Life.

More than a chronicler of natural history and indigenous culture, Grinnell became their tenacious advocate. He turned the sportsmen's journal Forest and Stream into a bully pulpit for wildlife protection, forest reserves, and national parks. In 1886, his distress over the loss of bird species prompted him to found the first Audubon Society. Next, he and Theodore Roosevelt founded the Boone and Crockett Club to promote "fair chase" of big game. His influence among the rich and the patrician provided leverage for the first federal legislation to protect migratory birds--a precedent that ultimately paved the way for the Endangered Species Act. And in an era when too many white Americans regarded Native Americans as backwards, Grinnell's cries for reform carried from the reservation, through the halls of Congress, all the way to the White House.

Drawing on forty thousand pages of Grinnell's correspondence and dozens of his diaries, Taliaferro reveals a man whose deeds and high-mindedness earned him a lustrous peerage, from presidents to chiefs, Audubon to Aldo Leopold, John Muir to Gifford Pinchot, Edward S. Curtis to Edward H. Harriman. Throughout his long life, Grinnell was bound by family and sustained by intimate friendships, toggling between the East and the West. As Taliaferro's enthralling portrait demonstrates, it was this tension that wound Grinnell's nearly inexhaustible spring and honed his vision--a vision that still guides the imperiled future of our national treasures. 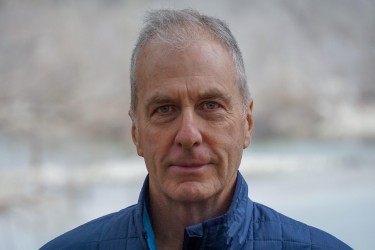 John Taliaferro is a graduate of Harvard College, a former senior editor at Newsweek, and the author of five previous books, including All the Great Prizes, winner of the Douglas Dillon Award. He lives in Texas and Montana.

This event is free and open to the public. Most of our events are held upstairs, but we do not have an elevator. Please contact us with any accessibility concerns. To join the signing line and have books signed by the author at this event, please consider purchasing your copy of Grinnell from Country Bookshelf, either in-store, over the phone, or online. By purchasing your book from Country Bookshelf, you are not only supporting a locally owned, independent business, but you are also showing publishers that they should continue sending authors to Country Bookshelf. The author's previous titles will be available for purchase at the event as supplies last.

Grinnell: America's Environmental Pioneer and His Restless Drive to Save the West (Hardcover)