Join our Teen Advisory Corps for an author talk with debut author (and former Montanan) Justin Olson about his new book for teens Earth to Charlie. Justin Olson was a high school English and theatre teacher from Montana who has since moved to Los Angeles where he now works as an independent film and TV producer. Earth to Charlie follows A high school outcast who spends his life hoping to be abducted by aliens in this funny, quirky novel about finding your footing in a world that sometimes feels like Mars. 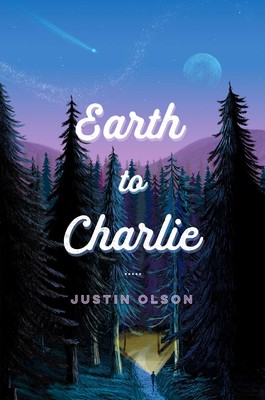 More About Earth to Charlie:

Convinced his mother has been abducted by aliens, Charlie Dickens spends his nights with an eye out for UFOs, hoping to join her. After all, she said the aliens would come back for him. Charlie will admit that he doesn't have many reasons to stick around; he doesn't get along well with his father, he's constantly bullied at school and at work, and the only friend he has is his 600-pound neighbor Geoffrey, and Geoffrey's three-legged dog, Tickles.Then Charlie meets popular, easy-going Seth, who shows him what real friendship is all about. For once, he finds himself looking around at the life he's built, rather than looking up. But sooner than he expected, Charlie has to make a decision: should he stay or should he go? 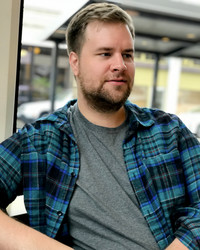 This event is free and open to the public. Most of our events are held upstairs, but we do not have an elevator. To join the signing line and have books signed by the author at this event, please consider purchasing your copy of Earth to Charlie from Country Bookshelf, either in-store, over the phone, or online (scroll down). By purchasing your book from Country Bookshelf, you are not only supporting a locally owned, independent business, but you are also showing publishers that they should continue sending authors to Country Bookshelf. The author's previous titles will be available for purchase at the event as supplies last.