A nineteenth-century attack by Native Americans on a Presbyterian mission in what would become the Oregon Territory, now called the Whitman Massacre, proved to be a turning point in the history of the American West. Unsettled Ground examines the tangled legacy of that event. 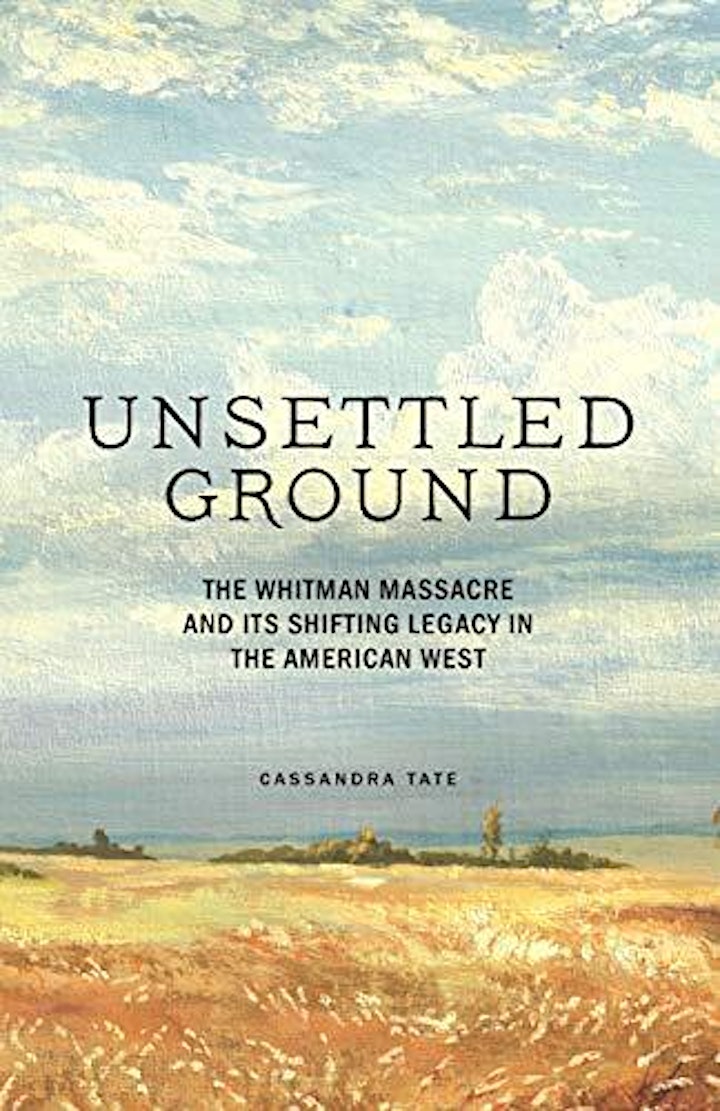 In 1836, Marcus and Narcissa Whitman, devout missionaries from upstate New York, established a Presbyterian mission on Cayuse Indian land near what is now the fashionable wine capital of Walla Walla, Washington. Eleven years later, a group of Cayuses killed the Whitmans and eleven others in what became known as the Whitman Massacre. The attack led to a war of retaliation against the Cayuse; the extension of federal control over the present-day states of Washington, Oregon, Idaho, and parts of Montana and Wyoming; and martyrdom for the Whitmans. Today, the Whitmans are more likely to be demonized as colonizers than revered as heroes. Historian and journalist Cassandra Tate takes a fresh look at the personalities, dynamics, disputes, social pressures, and shifting legacy of a pivotal event in the history of the American West.

CASSANDRA TATE is a Seattle-based writer and editor. A former journalist, she earned a Ph.D in American history at the University of Washington in 1995. She is the author of Cigarette Wars: The Triumph of The Little White Slaver. Her work has been published in Smithsonian, Columbia Journalism Review, and other national magazines, and she has contributed more than 200 articles to HistoryLink.org, the online encyclopedia of Washington State history. She is a former Nieman Fellow at Harvard University.

Jane Kirkpatrick is the New York Times and CBA bestselling and award-winning author of more than 30 books, including One More River to Cross, Everything She Didn't Say, All Together in One Place, A Light in the Wilderness, The Memory Weaver, This Road We Traveled, and A Sweetness to the Soul, which won the prestigious Wrangler Award from the Western Heritage Center. Her works have won the WILLA Literary Award, the Carol Award for Historical Fiction, and the 2016 Will Rogers Gold Medallion Award. Her most recent book is Something Worth Doing. Jane divides her time between Central Oregon and California with her husband, Jerry, and Cavalier King Charles Spaniel, Caesar

Unsettled Ground: The Whitman Massacre and Its Shifting Legacy in the American West (Hardcover)

Something Worth Doing: A Novel of an Early Suffragist (Paperback)

One More River to Cross (Paperback)

The Daughter's Walk: A Novel (Paperback)

All She Left Behind (Paperback)