Bring your young readers along for a Books in Common adventure through middle grade fiction with Janet Fox and Rosanne Parry! Janet will be sharing the her new book in the Rookskill Castle universe - Artifact Hunters - about a young WWII refugee named Isaac on an Indian Jones style adventure through time to find all the artifacts needed to defeat a sinister and magical evil, before Hitler’s spies can stop him. Rosanne is diving deep with another animal adventure perfect for fans of her bestselling A Wolf Called Wander with A Whale of the Wild - following young orca Vega on a quest to reunite with her family after an earthquake and Tsunami change everything. Get your adventure PJs ready for a wild conversation!

More about Janet Fox: Janet Fox writes award-winning fiction and non-fiction for children of all ages. Her published works include the non-fiction middle grade book Get Organized Without Losing It (Free Spirit Publishing 2006; in a new edition 2017), and three YA historical romances: Faithful (Speak/Penguin Group 2010), Forgiven (Penguin 2011), and Sirens (Penguin 2012).

Janet’s debut middle grade novel The Charmed Children of Rookskill Castle (Viking 2016) received starred reviews from Kirkus, Booklist, Publishers Weekly, and Shelf Awareness, is on a number of state lists, and is a Junior Library Guild selection. The novel won SCBWI’s Crystal Kite award in 2017. Check out the book’s website: www.rookskillcastle.com. Her debut picture book, Volcano Dreams: A Story of Yellowstone, illustrated by Marlo Garnsworthy, features the science behind the Yellowstone super volcano (Web of Life Books 2018). Janet’s next novel is a companion book for The Charmed Children titled The Artifact Hunters (Viking, 2020) and she has several more projects in the wings. Janet is a 2010 graduate of the MFA/Writing for Children and Young Adults program at Vermont College of Fine Arts. A former high school English teacher, former regional advisor for the Society of Children’s Book Writers and Illustrators, Janet lives with her family in Bozeman, Montana. 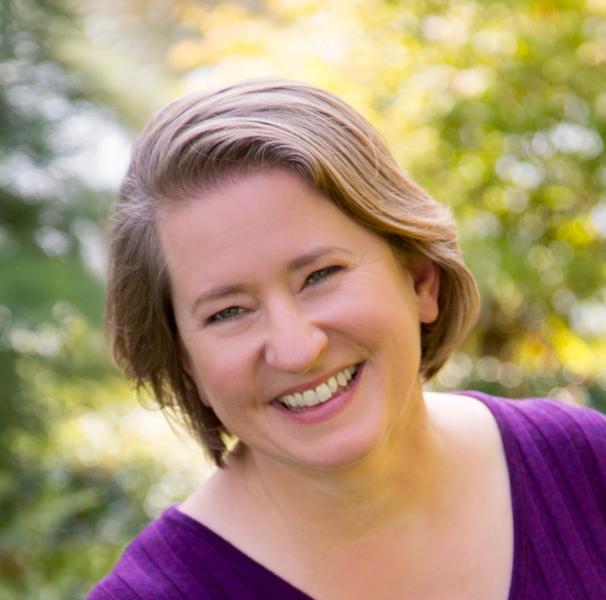 More about Rosanne Parry: Rosanne Parry is the author of the many award winning novels including Heart of a Shepherd, and The Turn of the Tide (Random House),. Her newest novels are Last of the Name (Learner) and A Wolf Called Wander (Greenwillow & Andersen Press) both on sale in the spring of 2019. A Whale of the Wild (Greenwillow) will go on sale September 1 of 2020. Rosanne and her family live in an old farmhouse in Portland, Oregon. She writes in a tree house in her back yard.

A Whale of the Wild (Hardcover)

Last of the Name (Hardcover)

The Turn of the Tide (Paperback)

Heart of a Shepherd (Paperback)