Books in Common is excited to welcome writer and cultural critics Jason Diamond and Andi Zeisler for a conversation about Diamond’s new book The Sprawl. For decades the suburbs have been where art happens despite: despite the conformity, the emptiness, the sameness. Time and again, the story is one of gems formed under pressure and that resentment of the suburbs is the key ingredient for creative transcendence. But what if, contrary to that, the suburb has actually been an incubator for distinctly American art, as positively and as surely as in any other cultural hothouse? Mixing personal experience, cultural reportage, and history while rejecting clichés and pieties these essays stretch across the country in an effort to show that this uniquely American milieu deserves another look.

More about Jason Diamond: Jason Diamond was born in Skokie, Illinois just before Ronald Reagan took office, although he remembers absolutely nothing about the Carter administration. He grew up in the Chicagoland area and moved to New York in his early 20s, but loves both places equally and with all of his heart. Jason has worked as a barista, server, fry cook, bookseller, and DJ. In 2008, he founded the site Vol. 1 Brooklyn. Vol 1. has since launched Julius Singer Press and curates regular free literary events, including the popular 3-Minute Stories series. He was the editor of the Jewish pop culture website Jewcy.com, the literary editor at Flavorwire.com, a former associate editor at Men's Journal, and former culture and sports editor at Rolling Stone. He has written for The New York Times, Outside, The Paris Review, Esquire, Harper's Bazaar, Eater, The Wall Street Journal, New Republic, Vice, Bookforum, Tablet, The Awl, Pitchfork, McSweeny's, NPR, and many other fine outlets. His memoir, Searching For John Hughes (William Morrow/HarperCollins), was released in November 2016. His next book is The Sprawl. It will be released by Coffee House Press in 2020. Jason is a Cancer. He lives in Brooklyn with his wife, two cats, and a dog named Max. 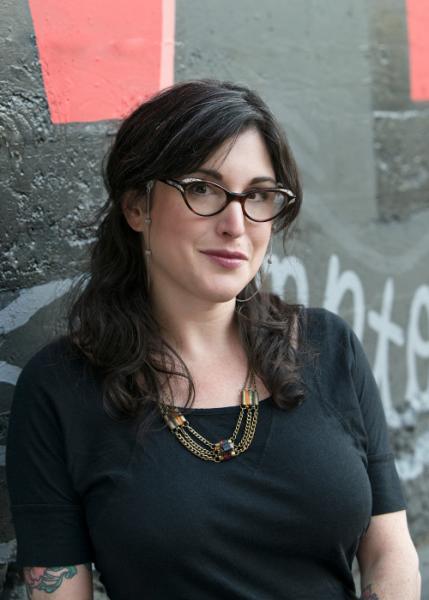 More about Andi Zeisler: Andi Zeisler is a writer, editor, and cultural critic. She is the cofounder of Bitch Media, the nonprofit best known for publishing the award-winning quarterly magazine Bitch: Feminist Response to Pop Culture, which has over 50,000 subscribers. Zeisler is the author of We Were Feminists Once:  From Riot Grrrl to CovergirlⓇ, the Buying and Selling of a Political Movement (PublicAffairs, May 2016), Feminism and Pop Culture (Seal Press, 2008), and the co-editor of BitchFest: Ten Years of Cultural Criticism from the Pages of Bitch Magazine (Farrar, Straus & Giroux, 2006). Zeisler is extremely plugged into the community of feminist bloggers, her writing on feminism, popular culture, and media has appeared in newspapers and magazines including Ms., Mother Jones, BUST, the San Francisco Chronicle, the Los Angeles Review of Books, and the Washington Post. She regularly speaks at colleges and universities and holds interviews in various national publications and radio programs around the country. She has been featured and interviewed in publications like the New York Times, among others. Zeisler is a regular columnist for Salon and is currently working on a book about how media and pop culture have transformed feminism from a social movement to a personal and brand identity.

Searching for John Hughes: Or Everything I Thought I Needed to Know about Life I Learned from Watching '80s Movies (Paperback)

We Were Feminists Once: From Riot Grrrl to CoverGirl®, the Buying and Selling of a Political Movement (Paperback)

BITCHfest: Ten Years of Cultural Criticism from the Pages of Bitch Magazine (Paperback)