Join Maxim Loskutoff in sharing his new book Ruthie Fear with fellow writer Joe Wilkins (Fall Back Down When I Die). In this haunting parable of the American West, a young woman faces the violent past of her remote Montana valley.

Register now to join the conversation, and add a copy of Ruthie Fear to your order! 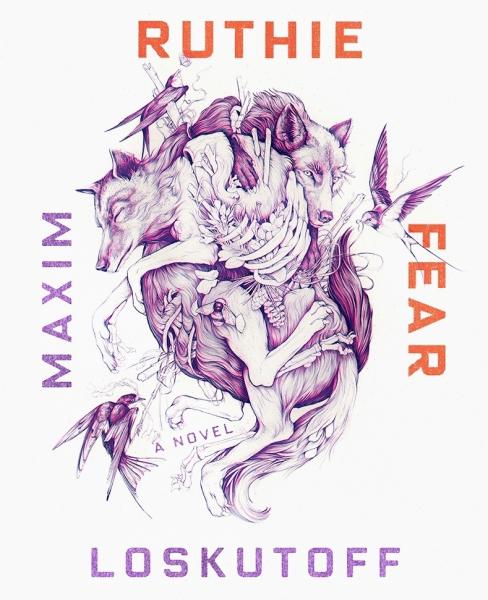 As a child in Montana's Bitterroot Valley, Ruthie Fear sees an apparition: a strange, headless creature near a canyon creek. Its presence haunts her throughout her youth. Raised in a trailer by her stubborn, bowhunting father, Ruthie develops a powerful connection with the natural world but struggles to find her place in a society shaped by men. Development, gun violence, and her father's vendettas threaten her mountain home. As she comes of age, her small community begins to fracture in the face of class tension and encroaching natural disaster, and the creature she saw long ago reappears as a portent of the valley's final reckoning.

An entirely new kind of western and the first novel from one of this generation's most wildly imaginative writers, Ruthie Fear captures the destruction and rebirth of the modern American West with warmth, urgency, and grandeur. The technicolor bursts of action that test Ruthie's commitment to the valley and its people invite us to look closer at our nation's complicated legacy of manifest destiny, mass shootings, and environmental destruction. Anchored by its unforgettable heroine, Ruthie Fear presents the rural West as a place balanced on a knife-edge, at war with itself, but still unbearably beautiful and full of love.

More about Maxim Loskutoff: Maxim Loskutoff is the critically acclaimed author of the story collection Come West and See. His stories and essays have appeared in numerous periodicals, including the New York Times, Chicago Tribune, Ploughshares, and the Southern Review. He lives in western Montana.

More about Joe Wilkins: Joe Wilkins is the author of the award-winning memoir The Mountain and the Fathers. His work has appeared in the Georgia Review, the Harvard Review, Slate, and elsewhere. He is a Pushcart Prize winner and a finalist for the National Magazine Award and the PEN/USA Award. He lives with his wife and two children in western Oregon, where he teaches writing at Linfield College.

Fall Back Down When I Die (Paperback)