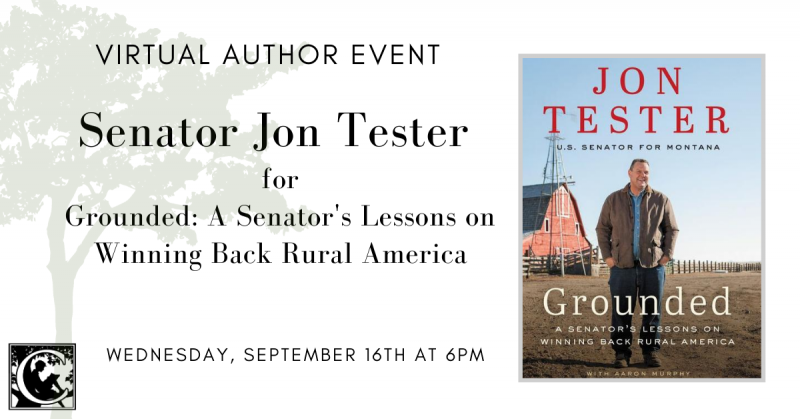 Join Senator Jon Tester for a discussion of his new book Grounded: A Senator's Lessons on Winning Back Rural America. An inspiring and eye-opening memoir showing how Democrats can reconnect with rural and red-state voters, from Montana’s three-term democratic senator.

Tester will be joined in conversation by author Sarah Vowell. Sarah Vowell is the New York Times’ bestselling author of seven nonfiction books on American history and culture. Her most recent book is entitled Lafayette in the Somewhat United States.

Have a question for Senator Tester? Click here to submit your question to the moderator, and we'll get to them as time allows.