Join Montana State University professor Dr. Gretchen Minton as she shares her new book Shakespeare in Montana. To register for this event - visit this link https://www.crowdcast.io/e/virtual-author-event and save your spot!

More about Shakespeare in Montana:

Tracing more than two centuries of history, Shakespeare in Montana uncovers a vast array of different voices that capture the state's love affair with the world's most famous writer. From mountain men, pioneers, and itinerant acting companies in mining camps, to women's clubs at the turn of the twentieth century and the contemporary popularity of Shakespeare in the Parks throughout Montana, the book chronicles the stories of residents across this incredible western state who have been attracted to the words and works of Shakespeare. Minton explores this unique relationship found in the Treasure State and provides considerable insight into the myriad places and times in which Shakespeare's words have been heard and discussed. By revealing what Shakespeare has meant to the people of Montana, Minton offers us a better understanding of the state's citizens and history, while providing a key perspective on Shakespeare's enduring global influence. 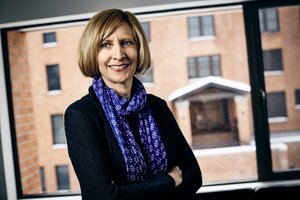 Dr. Gretchen Minton, a member of the Montana State University English faculty since 2006, is a worldwide authority on Shakespeare and the Early Modern Period. Motivated by Minton’s energy, intelligence, and love for literature, students accept the challenge to think more deeply and accomplish more as writers. She has been involved for many years as a teacher in MSU’s Middle East Partnership Initiative summer leadership program. In addition to her work in the classroom, Minton is active in community outreach, serving as a research resource for Montana Shakespeare in the Schools and Montana Shakespeare in the Parks. She also works with actors, directors, and audience members at other Shakespearean companies, such as the Oregon Shakespeare Festival, the American Players Theatre, and the Globe Theatre in London.