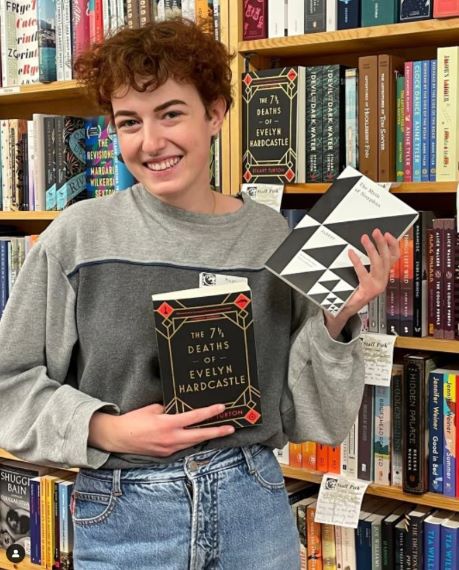 Favorite Books: The Myth of Sisyphus by Albert Camus, 13 1/2 Lives of Captain Bluebear by Walter Moers, 7 1/2 Deaths of Evelyn Hardcastle by Stuart Turton, Journey into the Whirlwind by Eugenia Ginzburg, Song of Achilles by Madeline Miller, Sissy by Jacob Tobia, A Tree Grows in Brooklyn by Betty Smith, Moby Dick by Herman Meville, Uzumaki by Junji Ito and Nothing to Envy: Ordinary Lives in Korea by Barbara Demick, Whale Day: and Other Poems by Billy Collins

This Is How You Lose the Time War

Time Is a Mother

The Myth of Sisyphus (Vintage International)

In the Dream House: A Memoir

Why Fish Don't Exist: A Story of Loss, Love, and the Hidden Order of Life

The 7 1/2 Deaths of Evelyn Hardcastle

Journey Into The Whirlwind

The Song of Achilles: A Novel

Nothing to Envy: Ordinary Lives in North Korea

Whale Day: And Other Poems